2.Fibrograph– is the more rapid test but results are not detailed or accurate.

The ﬁber sorter is an instrument which enables the sample to be fractionalized into length groups. The Baer sorter, the Shirley comb sorter, and the Suter-Webb sorter are the most popular method of the fiber sorter. Basically, the operation involves four main steps: 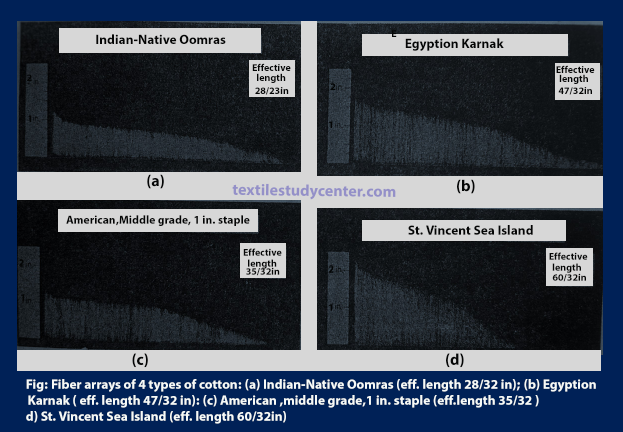 This method consists of a bed of upright and parallel combs which control the ﬁbers and arranged it in the form of an array of uniform density in the descending order of length. In this way enable the sample (ﬁbers) to be fractionated into length groups for determining cumulative ﬁber length distribution phentermine online by weight in parameters upper quartile length (UQL), mean length (ML) and % short ﬁbers (SFC) as illustrated in Fig. and dispersion percentage which is expressed as (CV%). The disadvantages of this device are time-consuming (2 hrs. per sample) and calls for considerable operator skill in sampling and preparing the diagram (Fig.). 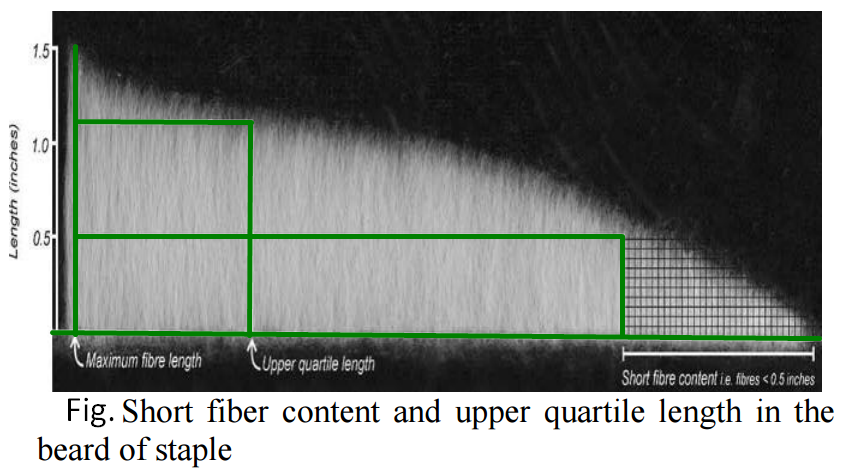 A sample of ﬁbers is arranged in the form of an array in the descending order of length, and from a tracing of this array some fiber length parameters are calculated.

a) Two set of combs 1) This instrument consists of a two set of combs (top & bottom) arranged at fixed intervals to hold the fibers and keep them straight.

2) Here 8 top combs and 9 bottom combs are used, each comb are spaced 6 mm (¼ inch) apart except the first two bottom comb which is 3/16 inch apart.